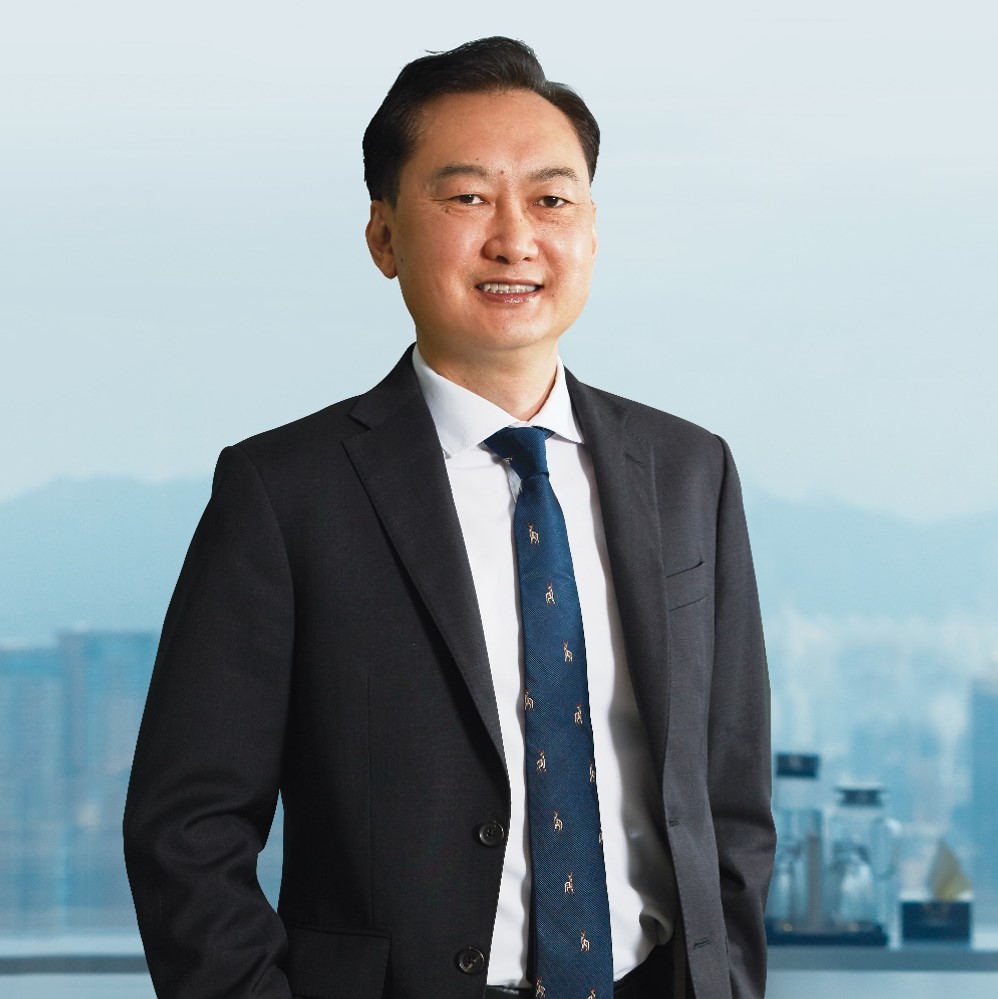 A major milestone in global climate mitigation was reached in late 2020. In September last year, Chinese President Xi Jinping announced that China will aim to hit peak emissions before 2030 and achieve carbon neutrality before 2060. This was further amplified in an announcement in December on specific emission targets before 2030 (see Table 1 below). China is expected to be among the main contributors to global economic growth, and greenhouse gas (GHG) emissions, in the coming decade. The commitments made by China to peaking emissions in 2030 and turning net zero before 2060 will thus have an enormous impact in limiting global warming. Avoiding the worst impacts of climate change will require limiting warming to well below 2°C, and to be even safer, closer to 1.5°C. China’s commitment to reaching carbon neutrality before 2060 (CN60) is fundamental to achieving this aim.

Note: China’s commitment to CN60 was announced in September 2020 but not ratified or included in the country’s NDCs under the Paris Agreement.

The significance of China’s pledge to CN60:

China is responsible for 28% of global CO2 emissions (see Figure 1), followed at a distance by the US at 15%. India is the third biggest emitter, though with a share of “only” 7%.[2] Reducing global emissions and limiting warming to below 2°C would not be achievable without a major contribution from these large emitters, in particular China.

Note: LHS – This measures CO2 emissions from fossil fuels and cement production only, while land-use change is not included.

Source: Our World in Data based on the Global Carbon Project.

Source: Our World in Data based on Global Carbon Project, UN Population, and World Bank.

The path to achieving carbon neutrality will entail major changes to China, given the economy is still highly energy-dependent, with 85% of the energy generated through the use of fossil fuels. To achieve CN60, China will need to act now and significantly reduce fossil energy consumption, to be replaced by renewable or nuclear power. Meanwhile, decarbonisation is not just eco-altruism, it adds to economic growth (albeit only over the long term), for example through accelerating technological innovation and transformation/ upgrading of industry structures. Various studies have attempted to quantify the benefits, with some putting the boost to GDP by as much as 5% partly reflecting the massive scale of investment needed to achieve the target.[3]

Importantly, China is setting an example for others to follow. Shortly following China’s announcement of CN60, Japan and Korea both committed to achieving net-zero GHG by 2050.[4] These three countries collectively account for one-third of global gas emissions in 2019. Some major markets in the Asia-Pacific region still have yet to commit to carbon neutrality, including Vietnam (new 2020 NDC of a 9% reduction by 2030 compared to business-as-usual, including industrial processes was proposed), India, and the Philippines.[5] One should note that while some countries have not committed to a date for net-zero, they have set targets for emission reduction by 2030 that are “2°C compatible”. (See Appendix A for country commitment to net zero).

Even though the target date for carbon neutrality is four decades away, China will need to take action now to ensure meeting the target. The cut in carbon emissions will be significant for China, which traditionally is highly carbon-dependent and energy-intensive in its growth model.[6] According to BCG, in a business-as-usual (BAU) scenario, China will only manage a reduction in carbon emissions by a little over 10% by 2050, against a requirement of 75-85% under CN60 and following a 1.5°C path.[7] The impact will be largely felt in sectors that are responsible for the most GHG emissions (see Figure 2).

Announcing China’s 14th Five-Year Plan (FYP) on 5 March, Premier Li Keqiang emphasised the need to expedite the transition to a green development model with a major push on renewable and new energy sources. More details can be expected in the forthcoming detailed plans for the energy sector in the second half. Interestingly, the FYP only includes a GDP target for 2021, as opposed to the previous practice of a target over the next five years. This highlights the elevated level of uncertainty over the medium-term outlook, also easing the pressure to achieve growth targets without regarding the emission impact.

Beginning the effort today, many energy-intensive sectors in China will see major changes and restructuring. Energy production will shift decidedly towards renewables and nuclear, with increasing risks of stranded assets. Urbanisation has fast progressed over the past decade but has also been a major contributor to carbon emissions. New modes of urban development,  building, and construction are needed to accommodate more urban centres while limiting the negative impact on emissions. Similarly, manufacturing and industrial production will need to consider energy-efficient process innovation and applications.

China is the world’s second-largest insurance market with around 240 insurers collecting a total premium income of CNY 4 525 billion (USD 700 billion) in 2020.[8] Insurance assets rose to CNY 23 870 billion (USD 3 672 billion or 23% of nominal GDP) at the end of last year. This highlights the rising importance of insurance in managing risks and steering resource allocation in China. A strong partnership between the insurance and the business sectors will be needed in order to decarbonize the most polluting sectors: Energy, Manufacturing, Transportation, Construction and Agriculture. Enterprises that dominate these sectors are springing into action on energy conservation, development of alternative energy sources and emission reductions. Insurance should play a conducive role in enabling the transition to a zero-carbon future.

Recently, six Chinese state-owned utilities and infrastructure companies have joined hands to issue the country’s first batch of carbon-neutral bonds totalling CNY 6.4 billion.[10] The depth and breadth of green financing will continue to expand in the coming years, thus offering more venues for institutional investors to partake and drive zero emissions in China.

Partnering in the decarbonisation path also brings additional business opportunities to insurers in China (see Table 2). The expected investment in green and climate-resilient infrastructure could bring along significant re/insurance business, while new and renewable energy has already established itself as a key client segment. Liability insurance will also see increasing demand, partly in response to more climate litigation[11] but also to support the introduction of new technology and business models. There will also be secondary rippling impacts. For example, the drive towards net zero will bring benefits in reducing emissions and pollutions (and likely also in heat waves and sand storms). This will impact positively on mortality and morbidity risks and thus reduce claims from life and health insurance. The mitigation of climate risks could also improve agricultural output and national food security.

China’s pledge to CN60 shows the country’s commitment to a resilient future. Insurers should live up to be a strong partner through the net zero journey.

Appendix A: Commitments to net zero by country

Appendix B: Global re/insurers insuring and investing in coal

[2] Source: Global Carbon Project (http://www.globalcarbonatlas.org/en/CO2-emissions). On a per capita basis, China ranked 13th globally, higher than the UK (14th) but lower than the US (4th), South Korea (6th), and Japan (8th).

[6] For each USD1 000 of GDP in 2019, China needs 1 metric ton of CO2e (carbon dioxide equivalence). The global average in 2016 (the latest year available) was 0.4 metric tons of CO2e. Indeed, among countries of a similar level of per capita income, China has a higher level of CO2 emission per capita. Source: Our World in Data (see link).

[7] Different models yield different reduction requirements to get to a 1.5°C scenario but the minimum reduction is still at least halving the baseline (2015) level by 2035. See Figure 3-3 of Synthesis Report 2020 on China’s Carbon Neutrality, Energy Foundation China, December 2020.

[9] Appendix B provides a scorecard on global insurers’ stance towards insuring coal. Significantly, by mid-November 2019, 17 insurance companies globally, including all leading European insurers except for the Lloyd’s market, had stopped insuring new coal projects. In comparison, it was noted that Asian insurers are almost completely missing in action.

[11] As of May 2019, more than 1 300 climate lawsuits have been brought against governments and companies in at least 28 countries (but none in China). See Joana Setzer and Rebecca Byrnes, Global trends in climate change litigation: 2019 snapshot, July 2019.

Riding the trade winds
Inflation – friend or foe?
COVID-19: What will the future hold for Life and Health Insurers?
Bridging the protection gap in emerging markets
Smart urbanisation to underpin Asia’s “green” recovery
Want more insights from us?
Go to view all publications