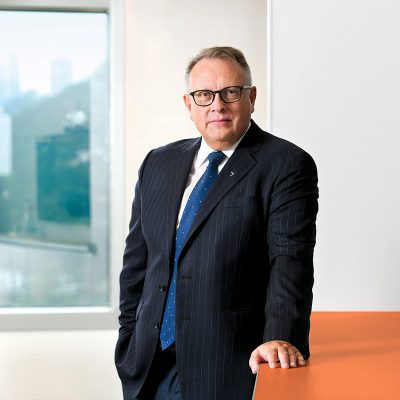 From 2018 to 2019, calamities and catastrophes struck more often than in previous years, causing much damage to life and property – and unprecedented losses to the reinsurance industry. As a result, a slight rise in both direct pricing and reinsurance pricing was seen at the start of 2020, the beginning of the year being the time when reinsurers and their insurer clients usually renew their contracts.

Then Covid-19 struck, pushing market pricing much higher. At the same time, the contraction of the capital market indicated that investors were not supporting the reinsurance industry as much as they had done in the past. This lack of investor support ultimately led to a price correction that has manifested itself so far this year at every stage of contract renewal and is expected to be felt up to next year.

Reinsurers provide financial protection to insurance companies by handling risks that are too large for the latter to handle on their own, and such protection allows insurers to generate more business. But with the contraction in prices, consumers, or buyers of insurance policies, have to pay higher prices when they renew their insurance policies for their properties, motor vehicles, etc.

“I think they (consumers) need to get used to higher prices across Asia. We’re already seeing a property insurance prices in India. We see the motor insurance prices strongly increasing in Hong Kong. We also see pricing in Japan increasingly very strongly on the direct side. So it goes all the way through,” says Franz Josef Hahn, chief executive officer of Peak Reinsurance Co. Ltd.

The reinsurers are most affected in their retrocession business which is when a reinsurer brings its portfolio for coverage to other reinsurers to spread out or diversify the risk.

Insured losses from Covid-19 remain a major topic of discussion in the industry. So far, as of July 2020, only US$7 billion of losses have been announced versus top-down market estimates in the range of US$30 billion to US$130 billion, according to a study by reinsurance broker Willis Re, a unit of Willis Towers Watson.

“There is a growing realization that the full extent of Covid-19 related losses will take time to fully emerge which will allow reliable claims reserves to be set, as well as dispersing losses across multiple quarters,” according to Willis Re.

And this is where the opportunities for long-term institutional investors come in.

“Those who are already investors are enjoying much better returns. Although higher pricing means consumers have to pay higher prices for their policies, and reinsurers have to pay higher costs, there are opportunities for financiers and investors in financing reinsurers. In the Japanese market, the pricing was jumping between 25% and 50% upwards for catastrophe reinsurance. In Florida, which has been hit by hurricanes more often, the pricing has jumped by 25% for reinsurance,” Hahn says.

But to tap these opportunities, reinsurers must first overcome the “fear” factor brought by Covid-19 that is making investors apprehensive over the long-term prospects of the business and contributing to the uncertainty in the market.

“The big part is fear, that’s the first part. The second one is what you’re up against.  Some people say it’s a black swan. I would not agree with this because we could have expected it.  Since Sars came to Asia in 2003, we’ve known that epidemics can develop into pandemics. We know that they can last very long if they want to. And there’s no control of dying because of this. Covid-19 is demonstrating that. The other reason is specifically the European insurers who are being hit strongly by business interruption losses, specifically for the hotel and restaurant industry,” Hahn says.

For its part, on October 28, Peak Re completed the issuance of US$250 million of perpetual bonds at 5.35% percent. The bonds are rated Baa2 by Moody’s, and guaranteed by Peak Re which is currently rated A3 (stable) by Moody’s.

“Originally we planned for US$200 million but we got a good response from the market. We got the top 20 investors who showed their interest and it’s oversubscribed. So we are quite happy with this and the two banks who were supporting us were Citibank and HSBC. We are also the first Hong Kong-based reinsurance company that is issuing such a public US dollar subordinated perpetual hybrid instrument. It’s also the first G3 – so US dollar, yen, and euro – notes issuance from a Hong Kong reinsurer or even Asian reinsurer since 2017,” Hahn says.

“We had been working on it for quite a long time as an opportunity. We keep on looking at opportunities to finance ourselves and to also diversify our existing shareholding and it’s the highest-rated perpetual securities priced by a Greater China insurer or reinsurer ever,” Hahn adds.

This article first published in The Asset:

Bridging the protection gap in emerging markets
Smart urbanisation to underpin Asia’s “green” recovery
Insurance must be an integrated part of a better future: Peak Re CEO
A tsunami of price & condition strengthening is coming, says Peak Re CEO Hahn
A paradigm shift for ILS