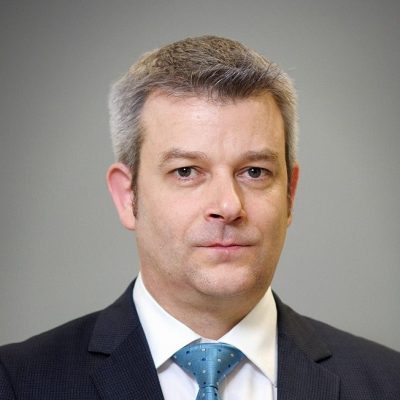 In both agriculture stop-loss and catastrophe excess of loss (XoL) treaties, Peak Re suggests that cedants take a more risk-literate approach to their buying strategies, specifically in the context of the impending transition to a risk-based capital (RBC) regulatory regime.

At its inaugural CEO dialogue session for the Indian market in June 2019, Peak Re discussed the reinsurance buying approach of non-life insurers and how they aim to protect themselves against peak risks and inherent volatility.

Figure 1 shows ten sample stop-loss treaties of Indian insurers that covered crop risks in the 2018–19 underwriting year. It is apparent that most cedants are protecting themselves against adverse losses up to 250 percent of subject premium income. This uniformity reflects the agricultural insurance scheme, Pradhan Mantri Fasal Bima Yojana (PMFBY), which limited individual insurer’s indemnity to loss ratios of 250 percent.

The ten primary insurers selected here are not reflecting the inherent diversification in their risk profile in the cover that they buy. This is understandable, because under the PMFBY scheme, the annual bidding process by which insurers win business does not conclude until after the 1st April inception of their crop treaties.

With the benefit of hindsight and, more importantly, Peak Re’s proprietary crop model for India, it is possible to measure the risk level to which each of these companies was ultimately protecting itself. Using the Peak Re model to measure this risk shows us that only one of the ten companies shown in Figure 1 is protecting themselves to the 1-in-200 year level of risk typically considered under a RBC regime. Under the Peak Re model view, the remaining nine companies are covering themselves to risk levels well in excess of 1-in-1000 years. In other words, companies are buying extremely conservatively to levels of risk they are unlikely to be required to cover under an RBC regime.

When the two main growing seasons in India are considered individually, the Peak Re model shows that all ten companies are covering their Kharif (summer) exposures to risk levels in excess of 1-in-200 years. Conversely, four of the ten companies are covering themselves to risk levels significantly below 1-in-200 years for the Rabi (winter) season.

In contrast to the purchase of reinsurance crop cover, Peak Re observes that catastrophe XoL protection in the Indian market has a much more risk-based approach. Earthquakes are the main catastrophe risk for most Indian companies – in terms of severity at least – and this risk naturally determines the levels to which Indian companies appear to structure their catastrophe treaties. Using one of the two commercially available models for Indian earthquakes, it becomes apparent that most companies are buying their protection to either the 1-in-150, 1-in-200 or 1-in-250 year level under one (or the other) of the commercial models.

This appears to be a more consistent and risk-literate approach to buying reinsurance protection. The view of risk presented under each model differs greatly by vendor. Peak Re specialists are frequently asked by Indian companies for their insights into the differences between these models. Explaining these differences is possible, but always contextual: there is no ultimate “correct answer”. What is clear is that many Indian companies are not confident in their choice of model used to quantify catastrophe risk.

Under an RBC regime, it is important to be able to quantify the risk an insurer is carrying. Furthermore, the carrier must be able to articulate their view of risk. There may be no “right answer” but the regulator will expect the insurer to be able to explain why it holds its view of the risk it covers.

These aspects of risk management are critical and will become even more relevant in an RBC environment. India’s insurance authority, the Insurance Regulatory and Development Authority of India (IRDAI), has announced that it will introduce RBC regulations by 2021. The country’s insurers are cognisant of the impending transition and, during their discussions with Peak Re, have shown great interest in understanding the experience of other markets in this area.

One of our observations in the Indian market is that the current focus of insurers is on maximising revenue while using reinsurance as a means of earnings protection. In the light of the impending introduction of RBC and the plans for an IPO, it is paramount that these objectives are re-examined.

According to our research, companies are buying their catastrophe XoL protection to either the 1-in-150, 1-in-200 or 1-in-250 year level under one (or the other) of the commercial models. Given that the Indian insurance industry is predominantly skewed towards motor, health and agriculture, and the fact that the country’s larger risks are co-insured between the large companies (thereby effectively utilising all local capacity), it is unsurprising that the risk limits look similar. However, we believe this may be about to change:

With greater urbanisation and significant growth in the GDP, there is likely to be significant organic growth, not only in the current lines of business, but also in smaller segments. If MSME become a critical component in an insurer’s business portfolio, the coverage for less industrialised regions that are exposed to natural catastrophes such as earthquake and floods needs to undergo a radical overhaul.

Gearing up for change

In response to the current market changes, both from a business and regulatory perspective and due to increasing scrutiny from the shareholders and the public, particularly for listed entities, insurers have to take ownership of catastrophe modelling and their interpretations of how it impacts their portfolio and each part of their business, including their interests abroad. Getting into businesses with little experience may not serve the return on capital objectives well. The experience of the Indian insurance industry with the Thai floods in 2011 has been a good learning ground in this regard.

Insurers use CAT models from reputed vendors. However, there is a learning curve that the international CAT modellers and reinsurers will go through. Vendor models could be prone to shortcomings. International models, for instance, may miss out on the granularity of the Indian market and overlook subtle but important differences in exposures. Insurers will need to fill in the gaps in the learning curve and help international providers to understand and re-calibrate their risk-management models. CAT models are likely to become more complex and sophisticated. Optimum coverage can no longer be decided by a mere application of a CAT model – there are likely many other factors that may need to be examined.

While insurers use different strategies to control their volatility, we expect that traditional forms of reinsurance will continue to be the mainstay in the Indian market. As the market transitions to a more sophisticated regulatory regime, in addition to defining a tight bandwidth for tolerable fluctuation in earnings, advanced metrics such as return on equity and economic capital measurements will need to be adopted to clearly articulate a company’s risk appetite and provide guidance to stakeholders. These risk-appetite definitions are an expansion on the initial notion of meeting capital requirements from regulators or rating agencies and protecting an insurer against sudden shocks.

It is important to acknowledge that these developments will undergo substantial changes as they progress, not least because the RBC guidelines have yet to be finalised and published by the IRDAI, but primarily due to the growth opportunities that India’s economy presents. Insurers need to understand these dynamics and will have to determine firstly which opportunities to pursue and, furthermore, articulate their definition of risk and assess the consequences of that on their solvency ratio in an RBC environment. In addition, many insurers may prepare for an initial public offering. Management teams of insurance companies will have to define and communicate their strategies for raising capital, growing business, meeting business plans and managing their risks. Last, but not least, they will have to demonstrate their ability to meet their earning targets, not just under the current solvency regime, but also under the RBC regime, as well as what support is needed from the investors and the board of directors to do so.

What Peak Re can offer

Peak Re believes that we can contribute immensely to our clients, based on our experience in managing our transition to an RBC regime in Hong Kong. In addition, our modelling capabilities and understanding of the Indian market will benefit our cedants. Clients generally profit from Peak Re’s established attitudes such as our keenness to learn, adapt and make decisions with agility in an ever-changing environment. Peak Re will continue to support its clients and expand its relationships in the Indian market, not only with its modelling capabilities, but also by improving our cedants’ expertise in how to build and manage their models.

For specific lines of business, Peak Re has invested in building its own models and is happy to share these with its cedants. As a result, clients can feed the models with their data and gain full understanding of how the model performs based on their risks. As mentioned before, in addition to providing capacity, Peak Re is looking forward to partnering with its clients and supporting them in building their in-house capabilities for CAT modelling and monitoring of risk management. This will facilitate our clients’ discussions with regulators, rating agencies and investors, and help them to pursue an even more analytical approach to steering their risks and controlling their bottom line.

The Underestimated Risk of D&O Liability – Lessons from Capital Markets and Cybersecurity
Seasonal Tropical Cyclone Activity Forecast North West Pacific Ocean and South China Sea | April 2021
Bridging the protection gap in emerging markets
Addressing Climate Risk – Key to Bridge the Protection Gap in Asia
RCEP: A $10 billion insurance opportunity
Covid-19, calamities present opportunities for investors in reinsurance
Asian risk & Asian capital both opportunities for Peak Re in ILS: CEO Hahn
Insurance must be an integrated part of a better future: Peak Re CEO
A tsunami of price & condition strengthening is coming, says Peak Re CEO Hahn
ILS must not be allowed to become a missed opportunity in Asia